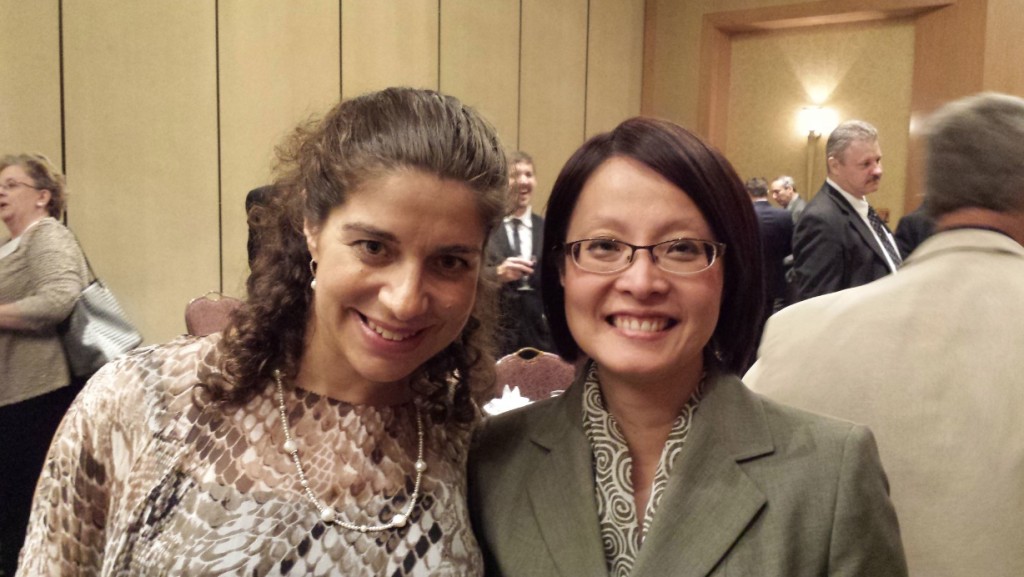 While Roger’s Piano was the guest of Yamaha this past week in Cerritos, CA, owner Carol Wu enjoyed an extraordinary private performance by renowned pianist Inna Faliks.

Called “adventurous” and “passionate” by The New Yorker and “poetic” by Time Out New York, Ukrainian-born, New York City based pianist Inna Faliks has established herself as one of the most passionately committed, exciting and poetic artists of her generation. After her debut with the Chicago Symphony Orchestra, she has performed on many of the world’s great stages, with numerous orchestras, in solo appearances, and with conductors such as Leonard Slatkin and Keith Lockhart. Critics praise her “courage to take risks, expressive intensity and technical perfection” (General Anzeiger, Bonn), “poetry and panoramic vision” (Washington Post), and “riveting passion, playfulness” (Baltimore Sun). Her acclaimed CD on MSR Classics, “Sound of Verse”, was released in 2009.

Ms. Faliks has performed numerous recitals and concerts in prestigious venues in the US and internationally. She has been featured on radio and international television broadcasts, and has performed in major venues such as Carnegie Hall’s Weill Concert Hall, Metropolitan Museum of Art, Paris’ Salle Cortot, Chicago’s Orchestra Hall, Moscow’s Tchaikovsky Hall and in numerous important festivals.

I shopped in Syracuse, Dayton, OH, Washington, Washington, D.C, and Boston.  I went to the Steinway dealership right on the Boston Commons. I played all the Steinways. I thought they were trash and nowhere near the quality of the Schimmel Belle Epoque. I did find a magnificent rebuilt Steinway at an astronomical price. I played…