Disabled boy learns to play piano with his eyes 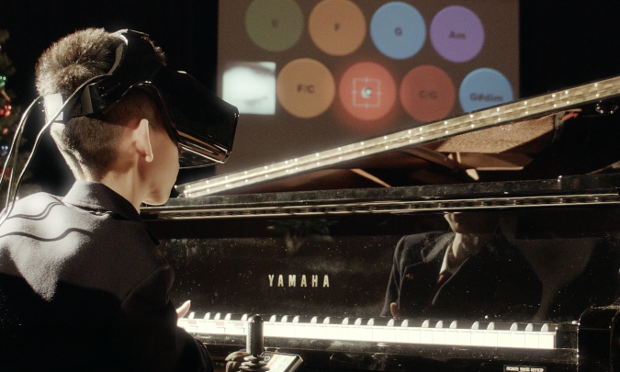 What is virtual reality for? Games, according to the original mission of Oculus VR, whose Oculus Rift is the most high-profile VR headset currently in development.

Much wider applications from remote doctor consultations to taking a virtual seat court-side at big basketball matches according to Facebook CEO Mark Zuckerberg, whose company bought Oculus for $2bn in 2014.

It is still very early days for VR, though, and every week new applications for the technology are popping up from developers around the world. The latest might be one of the most worthwhile yet: helping children with physical disabilities to play the piano.

Eye Play the Piano is the work of Japanese VR headset manufacturer Fove, working with the University of Tsukuba. The project is pitched as a “universal piano” which children can play using eye movements while wearing the headset.

Through the use of Fove’s eye-tracking technology, the headmount recognises the user’s eye movement. The user blinks on one of the many panels within the interface to trigger the preferred note, which is then conveyed to the piano,” explains the Eye Play the Piano website.  Read more here

I shopped in Syracuse, Dayton, OH, Washington, Washington, D.C, and Boston.  I went to the Steinway dealership right on the Boston Commons. I played all the Steinways. I thought they were trash and nowhere near the quality of the Schimmel Belle Epoque. I did find a magnificent rebuilt Steinway at an astronomical price. I played…